The Residential Property Price Index (RPPI) for Brisbane grew 0.7 per cent in the September quarter — trailing only Hobart (3.4 per cent) and Melbourne (1.1 per cent) growth in the three month period.

Latest Australian Bureau of Statistics figures showed Sydney has hit a -1.4 per cent price slump after five quarters of positive growth, with its houses down 1.3 per cent and units down 1.4 per cent. 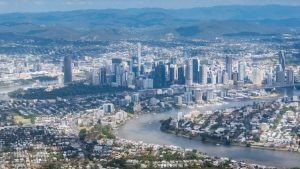 Australian homes hit a massive $6.779 trillion at the end of the September quarter, up $14.843b over the three month period, according to ABS.

Hobart had the biggest annual rise over the year to September (13.8 per cent), which saw the weighted average of the eight capital cities rise 8.3 per cent through the year to the September quarter 2017.