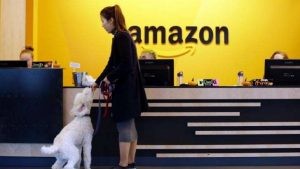 AP Amazon is on the verge of launching in the Australian retail market. Who wants to be a millionaire? Forget the game show and the song titles – the average Australian household now has more than a million dollars in net wealth. The trouble is we are becoming increasingly cash poor.
While the value of our homes has risen to the point where the average household can boast millionaire status – on paper at least – Deloitte Access Economists has found 37 per cent of households are concerned about their ability to pay their bills and household costs. It expects this number to increase to 40 per cent within two years.

The major culprit has been the combination of slow wages growth and increases in the cost of living, including utilities, health costs and even groceries if taken on a 10-year view. 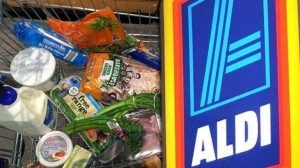 Like all retailers, including supermarkets, Aldi needs to reaffirm its value credentials in the lead-up to the entry of Amazon. Having combined the macro research on households with micro research commissioned by supermarket discounter Aldi, a new report points to changes in the patterns of expenditure by increasingly cash-strapped consumers.

The conventional wisdom that grocery spending is largely immune from the economic cycle – because it falls into the basket of necessity rather than discretionary spending – has been thrown into doubt.

The report found that if day-to-day living expenses increased, one in three Australian households would fund this by cutting back on groceries either by switching to (cheaper) private-label brands or buying fewer groceries.

After luxury or discretionary spending on holidays and clothes, the survey showed consumers were more likely to cut back on groceries than any other spending category.

This trend has already led to most supermarkets increasing the number of, and space devoted to, private-label items.

And it’s a trend that Aldi says plays into its particular emphasis on private-label products and accounts for its rising comparable sales. 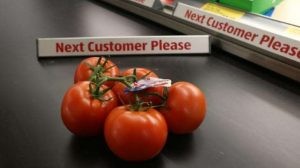 A new report suggests if day-to-day living expenses increased, one in three Australian households would cut back on groceries. Increasingly, the change in consumer buying patterns has seen falling loyalty to consumer brands and stores.

“Over the last 12 months, one in four Australians (25 per cent) has switched the grocery store at which they shop most frequently – with value for money being the primary driver (44 per cent),” Deloitte found.

Despite the fact that consumers are looking for cheaper or better-value groceries, supermarkets are experiencing a new form of competition from an increase in eating out or takeaway food – ordered via a plethora of new apps.

This has become the new luxury, particularly for younger consumers. It has become the trade-off between saving money and saving time – one that has been enabled by technology and the rise of the smartphone.

The smartphone has moved from the luxury to the necessity column – 84 per cent of Australians have one.

We are now spending on average $300 a month on food other than groceries and the biggest rise is from takeaway, which increased a staggering 30 per cent in the year to February.

Entertainment subscription services is another area that is moving from luxury to essential.

Deloitte found that of the people who subscribe to services such as Netflix and Spotify, if faced with budgetary pressure, more people would first cut back on a car, clothing, holiday or groceries than these subscription services.

The most resilient services were child care/education and housing at 2 per cent.

Like all retailers, including supermarkets, Aldi needs to reaffirm its value credentials in the lead-up to the entry of Amazon – which is in the final stages of the countdown to its entry into the Australian retail market.